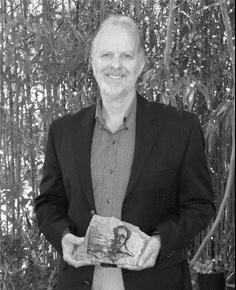 Clive has made a long and continuing contribution to Victorian geology. He has worked in a variety of fields, both in private industry and the public sector. During his career he has built an enviable reputation for his observation skills and for using his observations to construct well-thought out structural and tectonic models. He has numerous publications to his name and has worked with a range of other people, both within the geological fraternity and outside it. Clive graduated with Honours at the University of Melbourne in 1971. Even at this early stage of his career it was clear that his skills were above the ordinary, because several of the observations made during his Honours mapping project were later to be used to make quite radical changes to the existing stratigraphic scheme. In a brief spell with Coopers Creek Mining and Exploration NL Clive could apply some of his skills and learn new ones in the Walhalla-Woods Point gold province.

But geology could wait, and for four years in the mid-1970s Clive worked as a sound engineer and bookings manager with the Mulga Bill's Bicycle Band, an Australian folk music group. The band toured Australia and, in 1974, represented Australia at the opening ceremony of the World Cup Soccer finals at Frankfurt, Germany. Following that, he worked for several years as a youth worker dealing with unemployed youth. He set up a 'drop-in' centre as part of these activities. Having sampled life outside geology, Clive returned to his vocation and spent the next ten years in various consulting jobs. This included much surface and underground mapping and management of exploration programs. He successfully applied for two ELs in the Muckleford area and conducted exploration in joint venture with WMC and Triad Minerals. Major contracts during this time included (1) site management of a major exploration program at Heathcote for the Sons of Gwalia -New Holland Mining joint venture, work that led to a small but successful mine; (2) a contract to re-evaluate the structure of the Stawell Goldfield surrounding the Magdala and Wonga mines for Western Mining Corporation Ltd, and (3) an assignment for East-West Minerals in Colorado, U.S.A. to evaluate the potential of the Cross Mine, a narrow vein-style gold-quartz deposit.

While engaged in these consulting tasks Clive decided to put his experience in a more rigorous framework and successfully completed a MSc at Monash University, supervised by David Gray. The object of the study was to unravel the role that rock deformation had played in gold mineralisation in the Central Victorian gold province. Several major papers resulted from the study, papers that still provide the basic reference for the style of deformation and mineralisation in the region. In 1989 Clive joined the Geological Survey of Victoria, where he had already built a reputation for meticulous work during a contract in which he mapped the southern part of the Bendigo goldfield. Clive has remained with the Survey to this day and has now worked across most of the State, with participation in nine map projects, most of them completed, and a major role in the writing of the Tasman Fold Belt System in Victoria GSV Special Publication. Recently he has been a prime mover behind the development of new ideas on the tectonic evolution of eastern Victoria. During his career in the Survey Clive has had a major role in developing and applying various digital software packages for data acquisition, storage and display.

Clive has been a long and active member of the Geological Society of Australia. He contributed to the 1988 Geology of Victoria, and to the forthcoming new edition.